The Underwater Demolition Teams (UDT) were an elite special-purpose force established by the United States Navy during World War II. Their primary function was to reconnoiter and destroy enemy defensive obstacles on beaches prior to amphibious landings and were also the frogmen who retrieved astronauts after splashdown in the Mercury through Apollo manned space flight programs. The UDTs pioneered combat swimming, closed-circuit diving, underwater demolitions, and midget submarine (dry and wet submersible) operations. They were the precursor to the present-day United States Navy SEALs. This tradition lives on in the shorts they made famous. 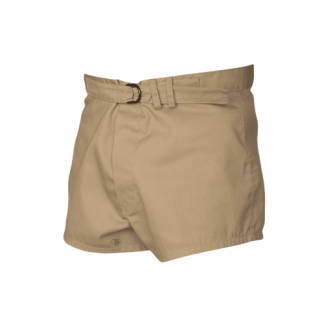